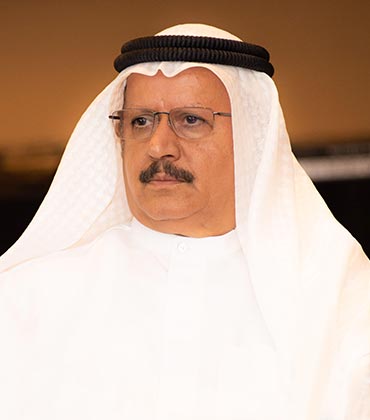 Subsequently, Dr. Al Kindi was appointed Chargé d’Affaires of the UAE Embassy in Jakarta, Indonesia from 1995 to 1997. He was appointed Director of Ruler’s Office for the Government of Fujairah from 1997 to 2006 and also served in the Cabinet of the UAE Federal Government as Minister for Environment & Water from 2006 to 2008. He has attended meetings and conferences of Non-Alignment Countries and Economic Group of G7. Dr. Al Kindi actively participates in various domestic and international businesses, holding positions including Chairman, Director, Board Member and Proprietor. He represents the UAE at a wide variety of regional and international conference and is a member of a number of national and international institutions. He has a Doctorate in Public Administration, a Master and Bachelor of Arts of Political Science from California University (United States).