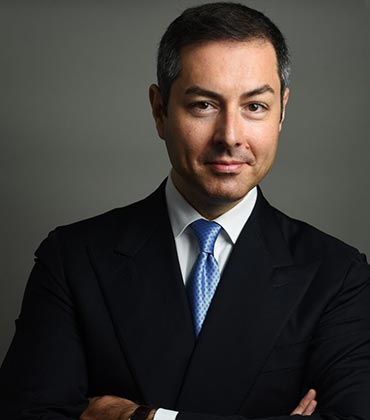 Francesco Costanzo is a founding shareholder and Chief Executive Officer of Invescore. Mr. Costanzo has twenty years of experience with cross-border strategic alliances and M&A in industries such as finance, TLC and IT, energy/oil & gas, infrastructure and real estate. He also served as advisor to CEOs of leading multinational companies such as Cofatech, Gaz de France, Enel Distribuzione, Sicon Oil & Gas, British Telecom and Alcatel-Lucent.

Mr. Costanzo was Secretary General at the Centro Italiano di Studi per la Conciliazione Internazionale, a foundation focused on foreign policy matters based in Rome and also served as Board Member of the World Policy Institute in New York City. He is a Member of the Mercy College (New York) School of Business Advisory Board and teaches International Business as an adjunct professor in the MBA Program. Mr. Costanzo is a Freeman of the City of London and belongs to one of the most ancient Livery Companies of the City. He earned a Master of Law.